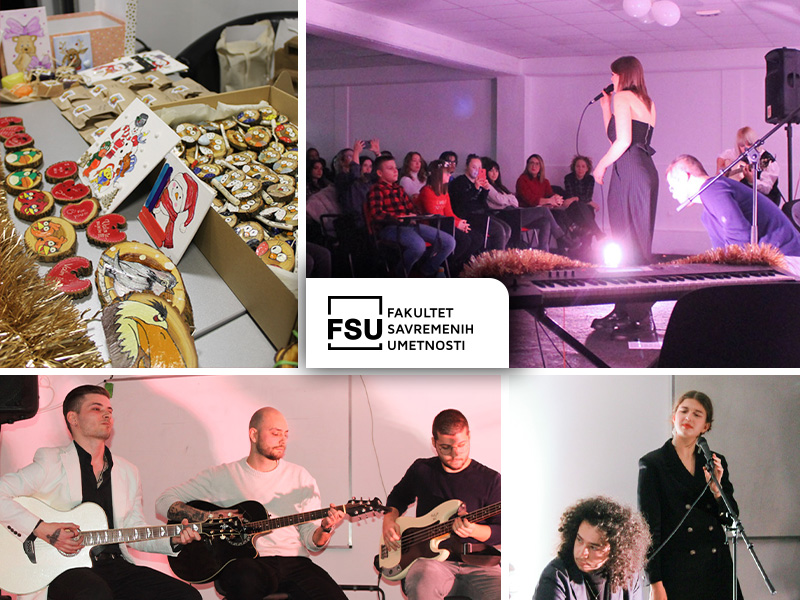 It was more than creative at the charity concert of our students! Not lacking inspiration, they organized a concert to mark the end of the semester, which took place in the Faculty’s amphitheater. The concert brought real New Year’s magic through notes of popular songs such as “City of stars”, “Hallelujah”, “Shallow” and many others. Different sensibilities enabled the authentic performance of a wide range of musical genres. It was a real pleasure to listen to the fluttering vocal tracks with the support of guitars, keyboards and cajons, which our creative geniuses skilfully played in turns. They were happy and smiling, and they approached the concert professionally and with great care, which the large audience recognized and rewarded.

The whole musical event was supported by professors, fellow students and the Students’ Parliament, who helped organize and hold the first concert of Creative communications students. The concert was free, and all donations went to charity.

The organization of this student concert helped the organization Best Buddies Serbia, which is a part of the largest international organization dedicated to ending the social, physical and economic isolation of around 200 million people with intellectual and physical developmental disabilities.