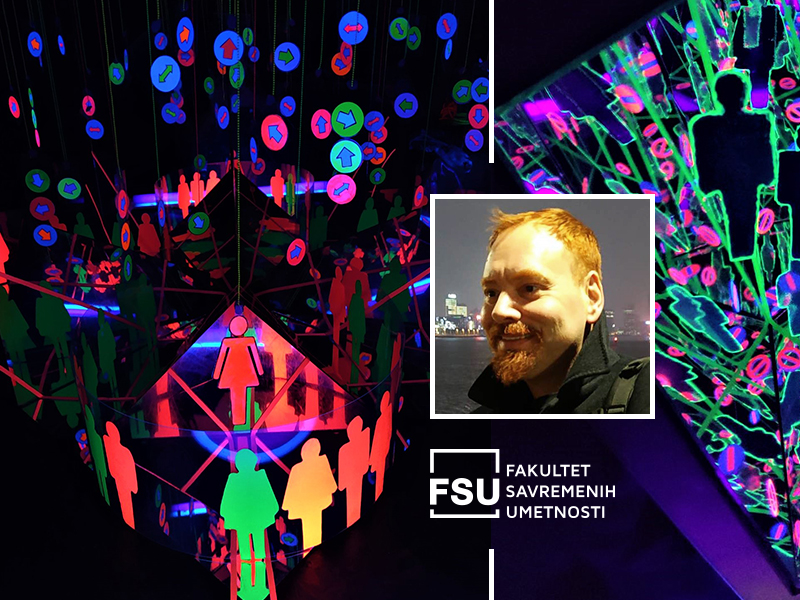 Visit the exhibition Readings in the FCA Gallery

The Gallery of the Faculty of Contemporary Arts continues to surprise and delight art lovers. From April 26, you can visit the exhibition Readings by Toni Aničin. The exhibition will be open every day, except weekends, until May 21.

This artist depicts people, but in a very unusual way. The main protagonists of his works are signs he uses to represent people.

“The main protagonists of Toni Aničin’s works are not representations of people, but signs that stand in for people. They are the same conventional signs, recognizable and understandable in all parts of the world. Have all people been reduced to stereotypes in the age of globalization? These human stereotypes are the pawns of the society of spectacle, as Guy Debord labeled the modern world.

What is particularly important in Toni’s use of signs is their practical application for which they were created in the first place, and which is informative only, but stylized so as to attract attention. As a result, today’s stereotyped people have been reduced to signs that only attract attention to their external appearance.

Alienation between people, especially between men and women has deepened even more since 2020 due to the global pandemic. Toni Aničin contemplates distances between people in his works, because most relationships have been reduced to online communication, due to globally-imposed lockdowns and gathering and travel bans.

Toni puts mirrors in his installations, thus underlining their double role. One the one hand, the mirror is a symbol of people’s narcissistic attitude toward themselves, while on the other, it is also a symbol of introspection. In Toni’s works, all figures are surrounded by reflective surfaces, which exposes them to the eyes of others from all sides, and since they have been reduced to signs, they are the object of voyeurism of others.

“The only symbols Toni Aničin uses in the exhibited works are the Celtic symbol for the tree of life and the golem. The Hebrew word golem signifies a dumb, incomplete and formless matter, clay, because in Jewish folklore, a golem is a living anthropomorphic creature brough to life from inanimate matter. The Celtic tree of life emphasizes the link between man and nature, because the Celts believed that trees were actually ancestors of men.”

In the end, we can conclude that the exhibition Readings is Toni’s representation of today’s fluorescent and alienated world where the only way out, if there is one, is to return to our roots, and to the tree of life.

Toni Aničin was born in Belgrade in 1973. He obtained his Master’s degree at the Department of Painting, in the class of Professor Moma Antonović. He worked with refugee children as part of art therapy prescribed by UNICEF in the organization Intercare. He held a studio for children, as well as preparatory classes for enrollment in art schools within the Cultural Center Studentski grad. He worked as a teaching fellow in the Drawing and Painting course at the Belgrade Polytechnic College, and as a lecturer at Megatrend University in Belgrade. He held mosaic workshops for people with disabilities at the Creative Educational Center for People with Intellectual Disabilities. He taught the Western Art course at the international school Dalton in Wenzhou in the People’s Republic of China. He participated in numerous international educational and art projects. He also worked as a set designer in the black light theater troupe Vergl. His works have been exhibited in numerous group exhibitions in Serbia and abroad. He has been an independent artist since 2017.

Visit the FCA Gallery and enjoy the unique works of Toni Aničin. 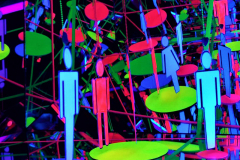 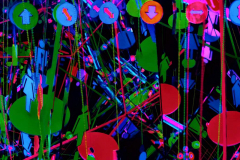 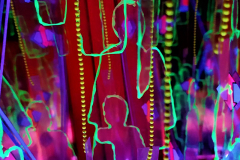 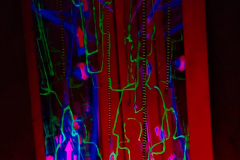 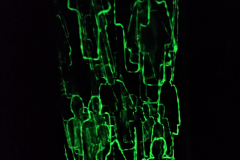 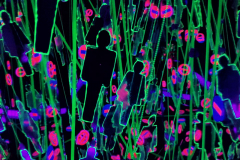 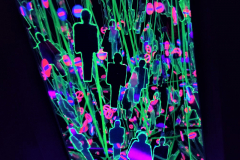 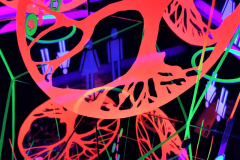 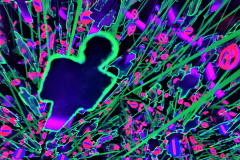 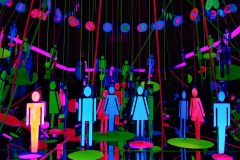 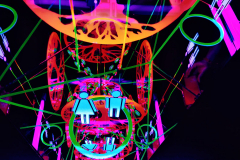 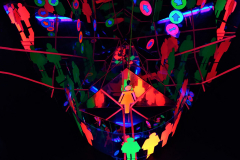