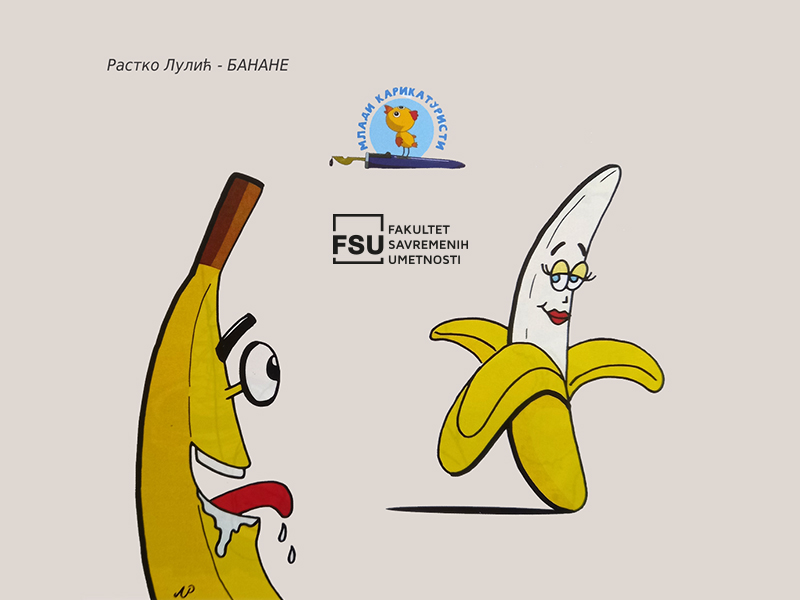 FCA student Rastko Lulić, part of the International Exhibition of works from the “PJER” contest

Rastko Lulić, a third-year graphic design student at FCA, continues to achieve success with his caricature drawings. His two works will be part of the International Exhibition of works submitted to the “PJER” contest, which has been organized by the newspaper “Večernje Novosti” for 55 years.

Five years ago, Rastko received recognition as the best young cartoonist at this contest.

The first work of Rastko Lulić that will be exhibited talks about the eternal and sublime topic – love, shown in the context of seeing love from the perspective of two bananas. The second work deals with the questioning of the roles of the world’s powerful people for the sake of personal gain at the expense of humanity, which has been deprived of its dignity and basic human rights.

Two years ago, the finale of the contest, which the Media Company “Novosti” has been organizing for more than five decades, was rescheduled. It didn’t take place in December, as it traditionally does, but it was held on October 16 in order to join a festival held in honor of the anniversary of the newspaper’s founding. Besides the opening of the exhibition with the most successful works, the award ceremony was also planned to be held that week.