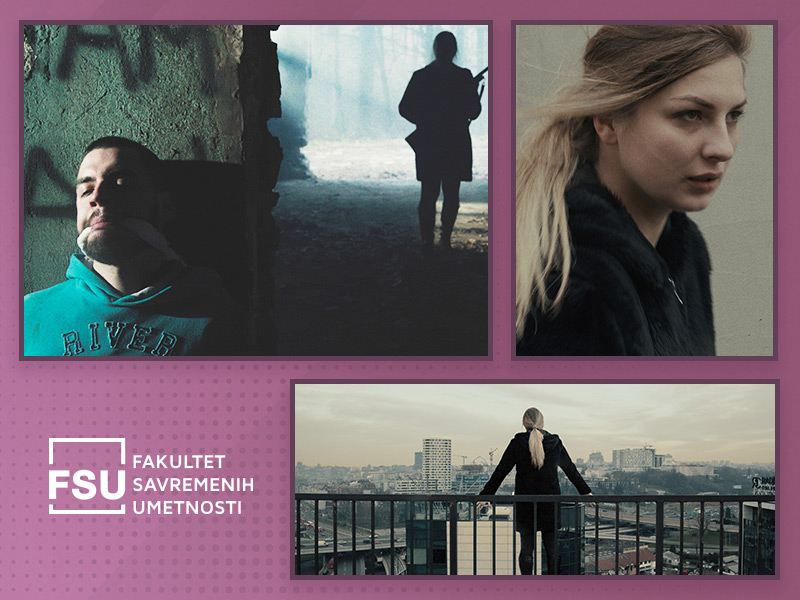 Drama students at FCA cast in the short film REVENGE

Snežana Erić andi Nebojša Pribićević, Year 1 students of acting in the class of Slobodan Beštić landed their first role at the very beginning of their studies.

They were cast in the short film Revenge directed by their classmate from the Academy of Arts, Dejan Stojanović.

Although they’ve only just finished their first semester in the acting program, Snežana Erić and Nebojša Pribićević carried themselves very professionally on the set, and fulfilled all expectations, according to their director.

– It’s great that we got to work on the same project, although we’re not even in the same program. We only covered relationships without dialogue in the first semester, and this happens to be the main acting task in this film. You can see for yourself if we managed to master the material from the first semester in the acting program, I personally think we weren’t half bad – says Snežana Erić.

The film Revenge is a short film about a mother who decides to take justice into her own hands and punish a young man who killed her daughter. You can see how she deals with emotions and how far she is ready to go to alleviate her sadness HERE. This film has received positive reviews from numerous critics.

This film is just the next step in the collaboration between the Faculty of Contemporary Arts and the Academy of Arts, and their students. It is very important that students perform regularly during studies, thus gaining experience for the future professional challenges.

We congratulate Snežana and Nebojša on this major step in their careers!

You can see set photographs here: