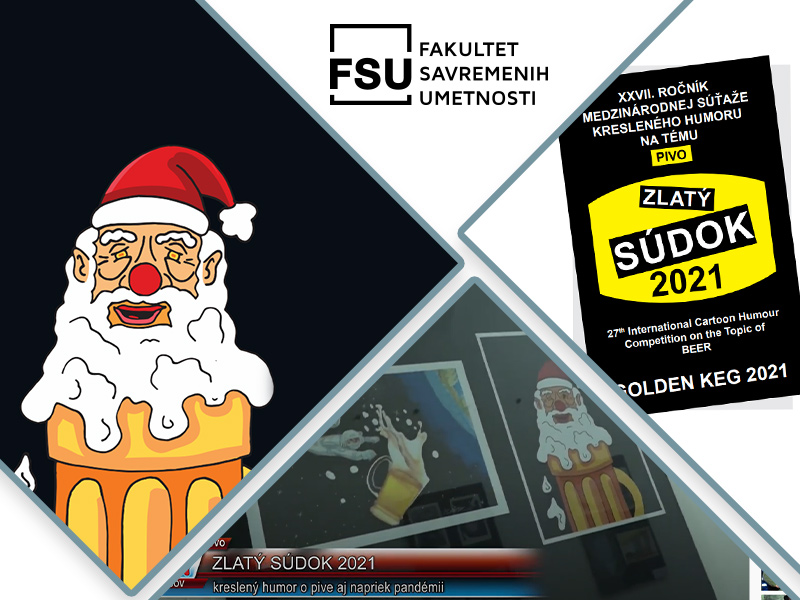 Great news from Slovakia! Rastko Lulić, first-year student of graphic design at the Faculty of Contemporary Arts competed in the international cartoon competition in Slovakia and won an award!

Beer as inspiration for a Santa Claus cartoon

Rastko found the inspiration for his work in the cheerful combination of beer foam, white beard, and the assumption that even Santa Claus likes to relax and drink a cold beer after he’s given away all the presents.

Rastko Lulić has been drawing cartoons for the last ten years, participating in a number of national and international competitions, and often winning awards for his works.  He was a member of the cartoon club at the Children’s Cultural Center Belgrade, receiving great support from his mentor, Mića Miloradović. Professors of the Faculty of Contemporary Arts continue to hone his talent and skills.

Congratulations to our student Rastko. We at FCA wish him to continue collecting awards in all future competitions!