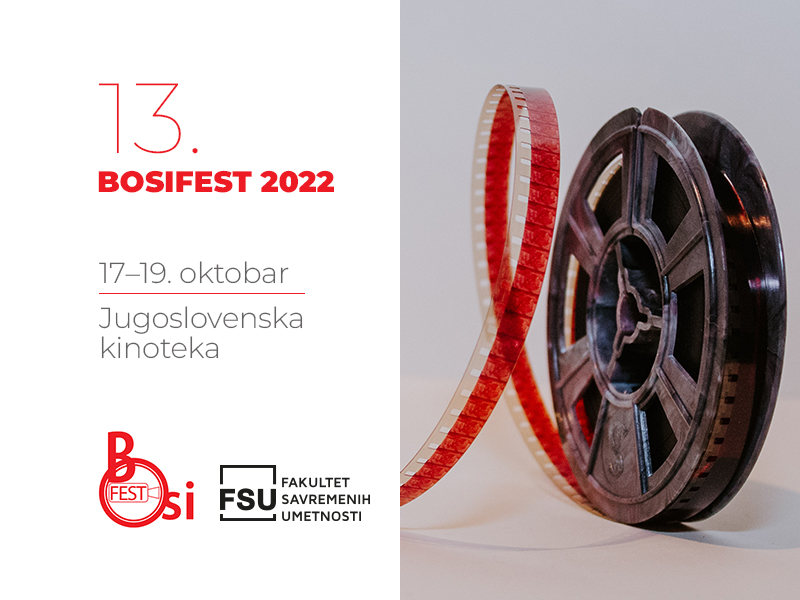 BOSIFEST 2022 from October 17 to 19 at the Yugoslav Cinematheque

This year’s Belgrade International Film Festival for and by People with Disabilities, BOSIFEST 2022, will be held next week from October 17 to 19 at the Yugoslav Cinematheque (1 Uzun Mirkova Street). Entrance to all film screenings is free.

BOSIFEST 2022, the thirteenth in a row, will be held under the slogan “Invisible Lines”. It is the only festival of this type in Southeast Europe. A great number of films will be shown on the big screen again this year, both in the competitive and non-competitive parts. So far, more than 500 films have been shown at BOSIFEST, which deal with the life of people with disabilities or their authors are people with disabilities.
In addition to film screenings, BOSIFEST offers additional programs in the form of workshops, panel discussions, roundtables, exhibitions, performances, etc.

Entrance to all the film screenings at BOSIFEST is free, but it is necessary to have tickets (due to the limited number of seats in the cinema hall). Anyone interested in the film screenings should write to the following email address: hc.koloseum@gmail.com

See more about the festival, as well as the schedule of screenings for all three days HERE.

The purpose of establishing BOSIFEST was to indicate the creative work and opportunities of the participants on the public cultural scene and spread the message that people with disabilities should have the same rights and obligations as other citizens. In this way, this festival gives a strong impetus to the adoption of measures for the equal participation of people with disabilities and their integration into society.

Films presented at the BOSIFEST attract a great deal of public attention.
Through the BOSIFEST program, possible solutions are offered for the further development of a democratic society and the creation of an environment that will be accessible to everyone, and without obstacles and barriers.

Visit one of the BOSIFEST screenings and enjoy documentary films made by people with disabilities.