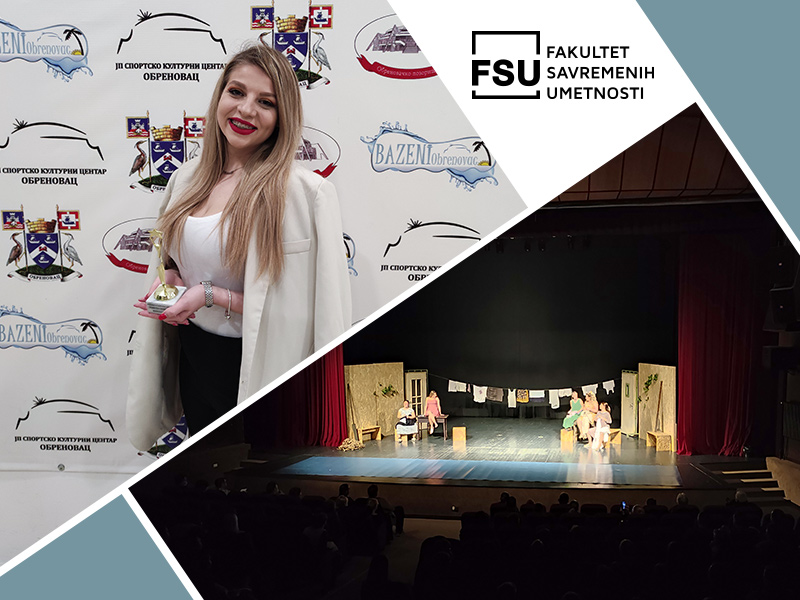 At the Student Theater Festival in Obrenovac, which took place at the Obrenovac Theater from November 9 to November 11, acting students from the FCA played an important role and won significant awards.

They entered the competition with three productions; students from the class of Miloš Đorđević and assistant professor Tadija Miletić, whose performance of “Le baruffe chiozzotte (Brawling in Chioggia)” received two awards: for best show, and best supporting role, won by student Teodora Bićanin for the role of Lucietta. At the awards ceremony, held on Saturday, the awards were presented to the entire class.

Congratulations to our students and their professors on great results at the Student Theater Festival!