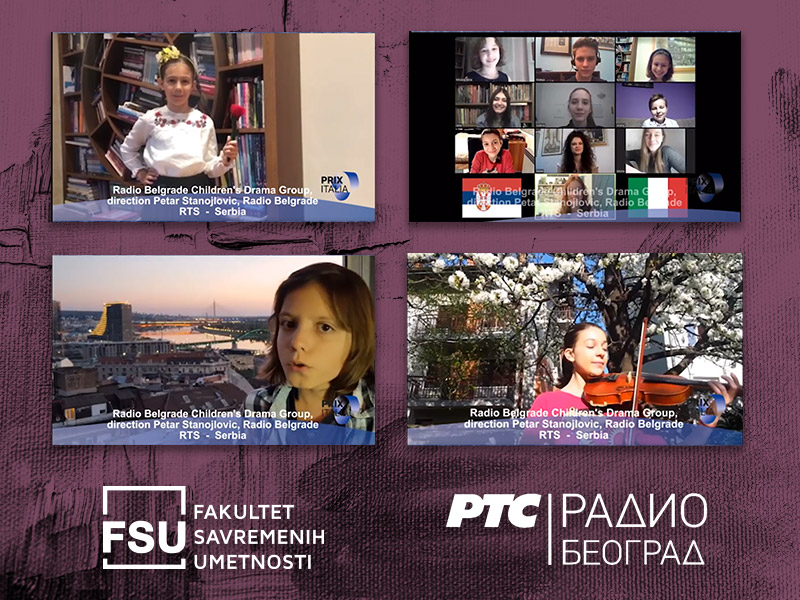 These days, we have been informing you about FCA students’ creativity; however, their professors have been equally as creative.

Despite the current circumstances, the members of Radio Belgrade’s children’s drama club, led by FCA professor Petar Stanojlović, together with actress Isidora Rajković, have been busy. After 70 years, this prestigious drama club has had online rehearsals for the first time, replacing the stage with screens. Keeping up with the multimedia character of the group, they turned to a new type of creativity in the form of videos in different genres.

Greetings to our deal colleagues from Italy

At the invitation of the PRIX ITALIA festival, Radio Belgrade’s children’s drama club, led by Petar Stanojlović, head of the Art Production and Media Management Department at FCA, sent a creative video message to those participating in the festival and to whole of Italy. The video message sent by the drama club, Radio Belgrade and RTS, will open the competition for the PRIX ITALIA festival!

You can see the video HERE.