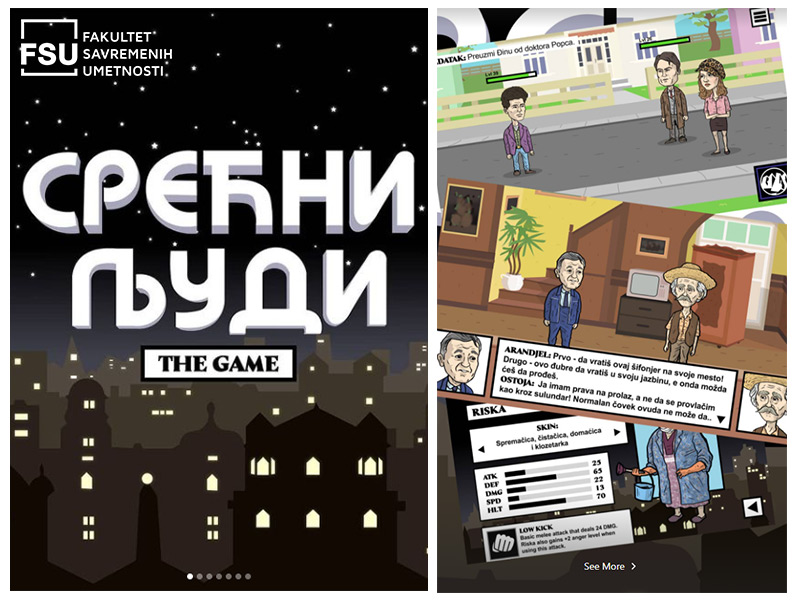 Dino Brničanin, a graphic design student at FCA, delighted his followers on Instagram when he published a video game based on the cult Serbian TV series Srećni ljudi.

It is a common thing to make films and TV series based on video games, and vice versa; however, this is the first time that someone has done it with a well-known Serbian TV series.

Dino envisaged his video game as an RPG (e.g. Final Fantasy VII, The Banner Saga, etc.). As we can see from the photos, Dino invested a lot of time and effort to make the characters authentic, and he placed them in well-known gaming categories.

Dino’s Instagram post was met with approval from his followers who urged him to embark on similar projects. They also proposed a fundraiser so that Srećni ljudi the video game could truly set sail.

We have no doubt that fans of Riska, Aranđel, Luna, Neca and others enjoyed solving different situations and challenges faced by their favorite characters from this cult TV series.