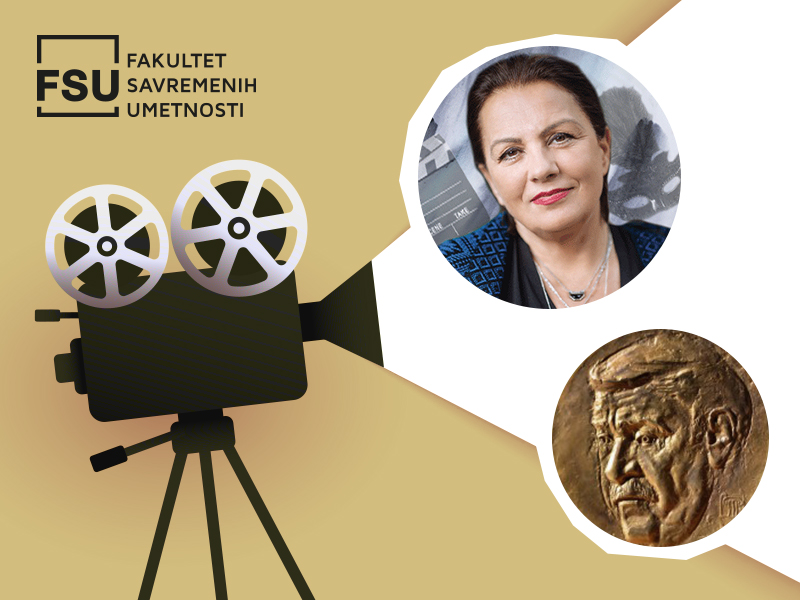 An Acting professor at the Faculty of Contemporary Arts, Ljiljana Blagojević, has added another prize to her rich collection of awards and honours. She was the one to receive this year’s “Pavle Vuisić“ award which is given in cases of an exceptional contribution to acting in a domestic movie and other similar media.

The award that comprises a plaque with Pavle Vuisić’s image on it, a monography and a documentary film history about the winner, will be traditionally presented at the opening of the Acting Achievements in Domestic Movies Festival called “Film Encounters“ in Niš.
The renowned Serbian actress has made more than 50 films so far. What made her famous was the leading role in Emir Kusturica’s “Do You Remember Dolly Bell?“.

Ljiljana Blagojević has been the Principal Drama Artist of the National Theatre in Belgrade since 1996, and she has performed more than 60 roles, both from classical and contemporary repertoire, on stage.
At present, she is involved in filming a series and a film named “The Heroes of Halyard“ directed by Radoš Bajić, and she will also appear in a crime series “The Beak“ by Jelena Gavrilović and Uroš Tomić.

Ljiljana is the owner of many awards and honours from all around the region, among which stand awards such as “Žanka Stokić“, “Sergej Bondarčuk“, “Carica Teodora“, “Joakim Vujić“, “Zlatni beočug“ and “Zlatna antena“. Now the collection is enriched by one more great award, the “Pavle Vuisić“ prize.

We congratulate professor Ljiljana Blagojević on her success and we hope that there are many more awards for her to win.