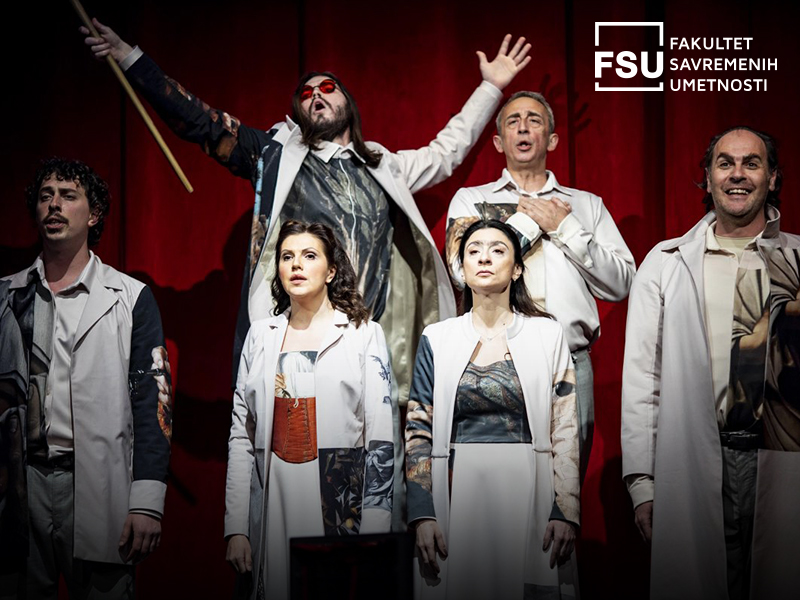 A teacher of acting at the Faculty of Contemporary Arts, Miloš Đorđević dazzled the audience on the Raša Plaović Stage of the National Theater, at the premiere of ILUZIJÆ on March 22.

This adaptation of the comedy written by the famous French playwright Pierre Corneille was performed in Belgrade for the very first time, and directed by Nikola Zavišić. The premiere was deliberately scheduled for the Month of Francophonie, but had to be delayed due to the epidemiological situation.

Miloš Đorđević was brilliant in both roles – as the actor and Matamore, and the cast also included Nikola Vujović alternating with Ivan Bosiljčić, Miloš Đorđević, Sena Đorović, Anastasia Mandić, Zoran Ćosić, Nemanja Stamatović and Bogdan Bogdanović. The audience rewarded actors with a thunderous applause at the end of the play.