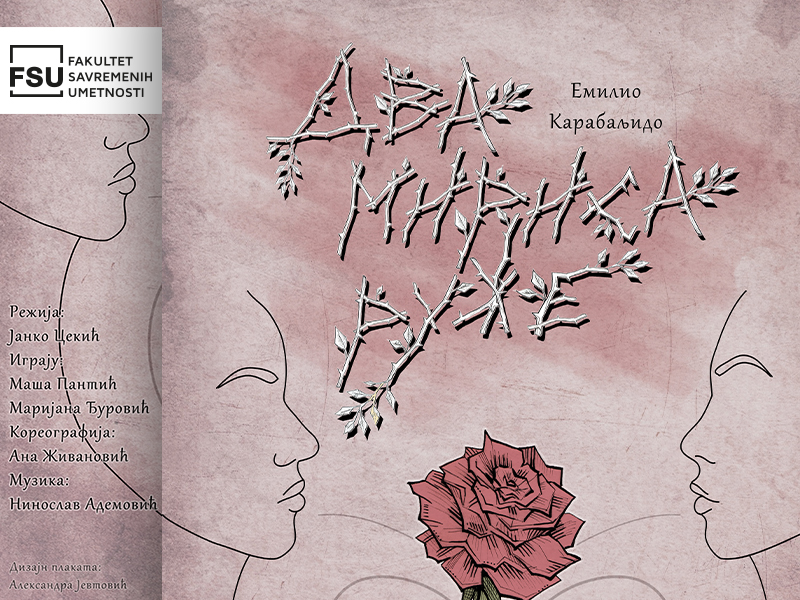 If you missed theater and tour-de-force performances, we have great news! Drama students at the Faculty of Contemporary Arts invite you to their graduate play Two-scented Rose at the Terazije Theater.

The play is on the program on Wednesday, April 14, at 6 pm, and admission is free.

Young and talented actors will try to portray the relationship between two women cheated by the same man in the play written by Emilio Carballido, and directed by Janko Cekić.

The audience will see Maša Pantić as Gabriela, and Marijana Đurović as Marlena on the stage of the Terazije Theater. The choreography was done by FCA Professor Ana Živanović, and the score was composed by Ninoslav Ademović.

We invite you to come and enjoy the performance and tremendous talent of young actors from the Faculty of Contemporary Arts on Wednesday, April 14, at 6 pm. The Terazije Theater will open its doors wide for all theater lovers.
See you!