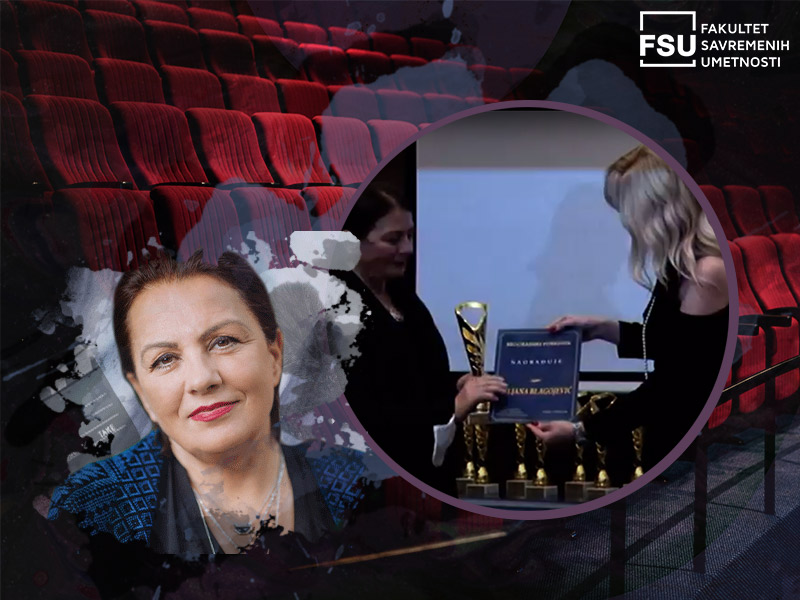 The Faculty of Contemporary Arts has received another recognition for its work. After Petar Stanojlović was awarded the Golden Badge a month ago, another accolade went to FCA, or more precisely to our professor of acting, Ljiljana Blagojević.

She received the Belgrade Victor award for 2020. This award is given to individuals and organizations for exceptional results in their chosen fields.
The Belgrade Victor award is proof of one’s professional achievements and success with regard to the competition. It has been awarded since 2003 to individuals and organizations for exceptional professional results.

This year, Ljiljana Blagojević has found herself in the company of other renowned actors, writers and journalists.

– Such awards and recognitions mean a lot, because they show us we haven’t been written off yet, and that our work is acknowledged – said our acclaimed actress and professor of acting at FCA Ljiljana Blagojević.

Apart from her, this year’s awardees include Ivan Bekjarev, Vlasta Velisavljević, Colonel Slaviša Golubović, television director Svetlana Drinjaković and many others.

You can see part of the atmosphere from the award ceremony at the Radisson Blu Old Mill hotel here::